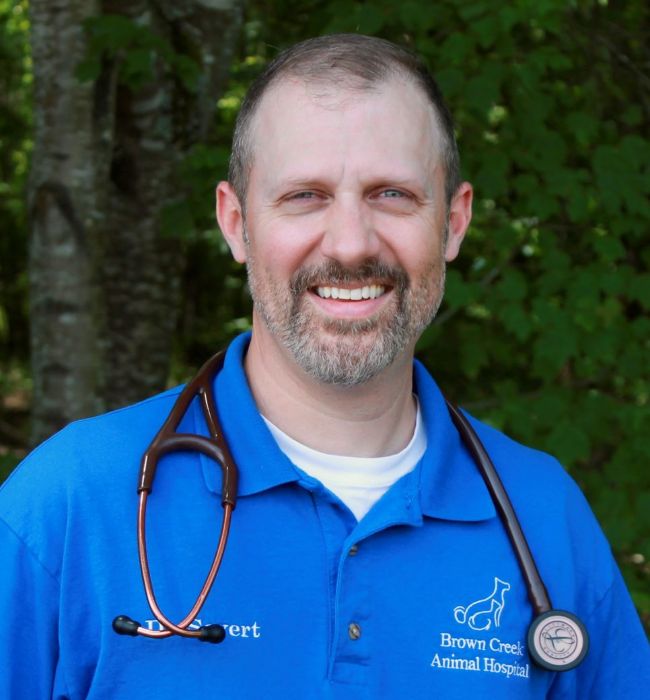 Dr. Skip Severt is originally from Monroe, NC growing up on his family’s turkey farm. He attended North Carolina State University receiving his undergraduate degree in Poultry Science in 2002 and then his veterinary degree in 2006. After graduation, Dr. Skip spent a year as an associate in a large animal practice in Cornelius, NC. He enjoyed that year, but decided to move back home to join Brown Creek Animal Hospital and also start his own equine practice. After 11 years, Dr. Severt decided to focus his career back entirely to small animal medicine and surgery, where he could pursue his passion for orthopedics and veterinary practice management. Dr. Severt is an avid outdoorsman, enjoying the many activities the great outdoors has to offer. Dr. Severt is married to Dr. Marsha Severt. They have a son named Trent and daughter named Ashley. 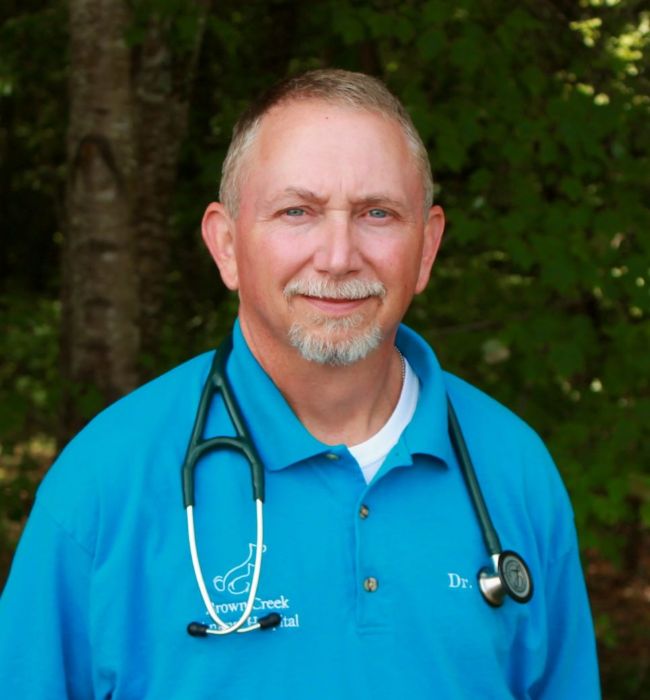 Dr. Danny L. Wright is a native of Polkton, NC.  He attended North Carolina State University receiving his undergraduate degree in Animal Science in 1992 and then his Doctor of Veterinary Medicine degree in 1996.  Dr. Wright married Meri Beth Rogers after graduation from veterinary school and they moved to Yadkinville, NC where they spent one year in a mixed animal practice.  From there, they moved to Alamance county and Dr. Wright practiced in a companion animal hospital for two years.  Jordan Wright, the first of four children, was born in Alamance county.  Dr. Wright then moved back home to Polkton to start his own practice (see “history” tab) in 1999.  His interests are soft tissue  and orthopedic surgery and building professional, long-standing relationships with his clients.  He has very little free time, but when he does, Dr. Wright spends it with his wife and their children (Jordan, Liberty, Madeline, and Davis).  The Wright’s have two dogs, six cats, twenty chickens, and two horses! 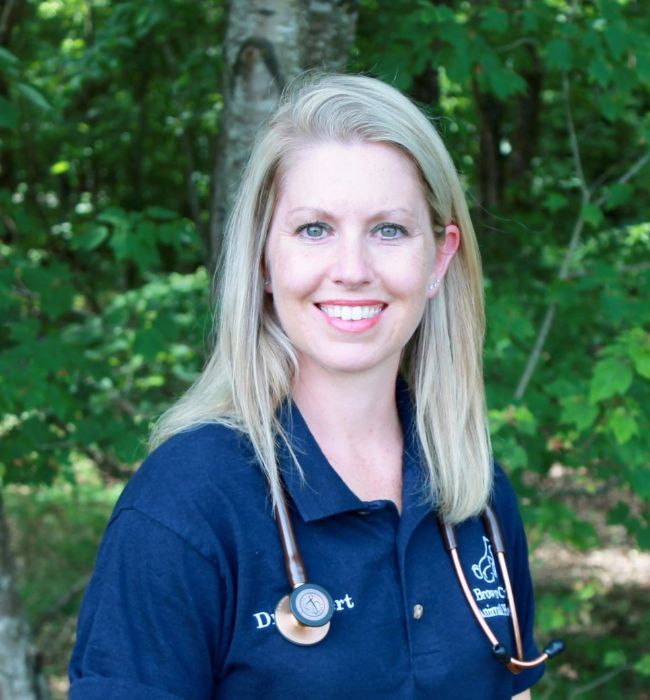 Dr. Marsha Severt is originally from Charlotte, NC. She attended North Carolina State University receiving her undergraduate degrees in Animal Science and Microbiology in 2005 and then her veterinary degree in 2009. During college, Dr. Marsha spent a semester living and working on a Thoroughbred racehorse farm in Lexington, KY. After graduation from veterinary school, Dr. Marsha spent a year at Texas A&M University as a large animal intern. Following her internship, Dr. Marsha returned home to join Brown Creek Animal Hospital. She enjoys all aspects of private practice, but has a particular interest in musculoskeletal issues and rehabilitation therapy, acupuncture, and diagnostic ultrasonography. Dr. Marsha is certified in acupuncture and equine spinal manipulation (chiropractic) and owns Brown Creek Integrative Veterinary Services, which provides these services to horses on the farm. When not working at Brown Creek, you can find Dr. Marsha riding her own horses and spending time outside with her children Trent and Ashley, as well as her Vizsla named Reesie! Dr. Marsha is married to Dr. Skip and they live in Monroe, NC. 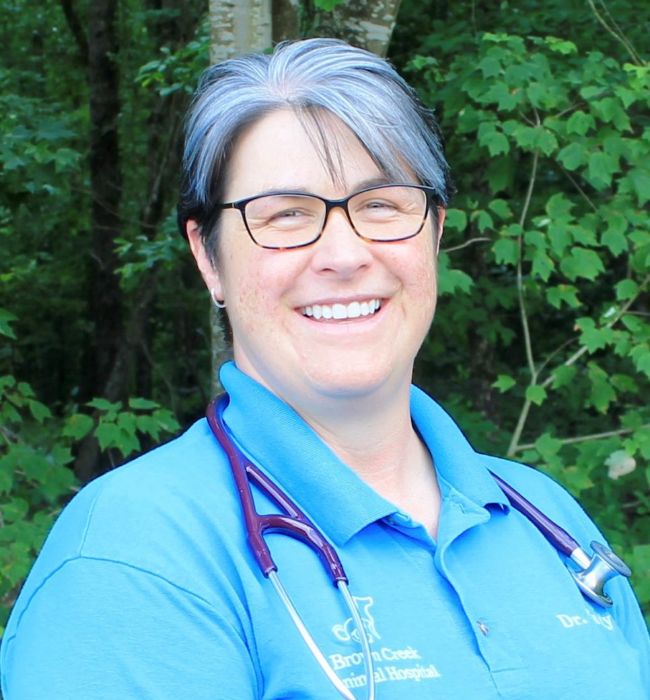 Dr. Lacey W. Gaddy is originally from Shelby, NC where she grew up on a family farm raising produce, alfalfa hay and cattle. She first attended Gaston College, receiving her associates degree in Veterinary Medical Technology to become licensed as a Veterinary Technician in 2003. While working as a veterinary technician, Dr. Gaddy furthered her studies at NC State University College of Veterinary Medicine by obtaining her veterinary degree in 2010. Upon graduation and marriage to her husband Josh, Dr. Gaddy moved to Clinton, NC where she worked in a mixed animal practice. After starting a family with the addition of her two sons Lucas and Levi  Dr. Gaddy moved to a farm in Polkton, NC to be closer to family. Dr. Gaddy enjoys all aspects of veterinary medicine but has a particular interest in surgery.  When Dr. Gaddy is not working she can be found spending time with her sons and husband. This leaves her little free time but she does still enjoy raising and showing beef cattle. She hopes to soon start a beef cattle herd again so that her children can grow up to learn responsibility and the value of growing up on a farm. She also enjoys gardening and working outside around her home. Dr Gaddy and her family attend Prospect Baptist Church. 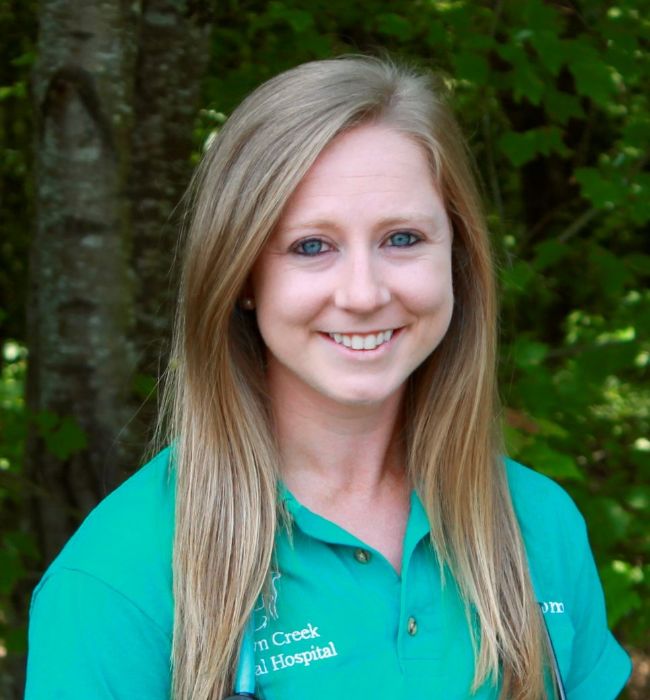 Dr. Alison Baucom is originally from Salisbury, NC. She graduated in 2016 from Catawba College where she obtained her Biology degree with a minor in Chemistry. She played on the varsity women’s soccer team all four years, and was on the varsity cheerleading squad as well. She graduated from NC State College of Veterinary Medicine in 2020. Following graduation, Dr. Baucom started practicing at Brown Creek Animal Hospital. She enjoys all aspects of small animal private practice, but has a particular interest in Dermatology, Preventative Medicine, and various Internal Medicine diseases. When not working at Brown Creek, Dr. Baucom can be found spending time with her family, and with her dog name Tucker, and her cat named Dan. Dr. Baucom loves the water so she also can frequently be found at the lake or at the beach. 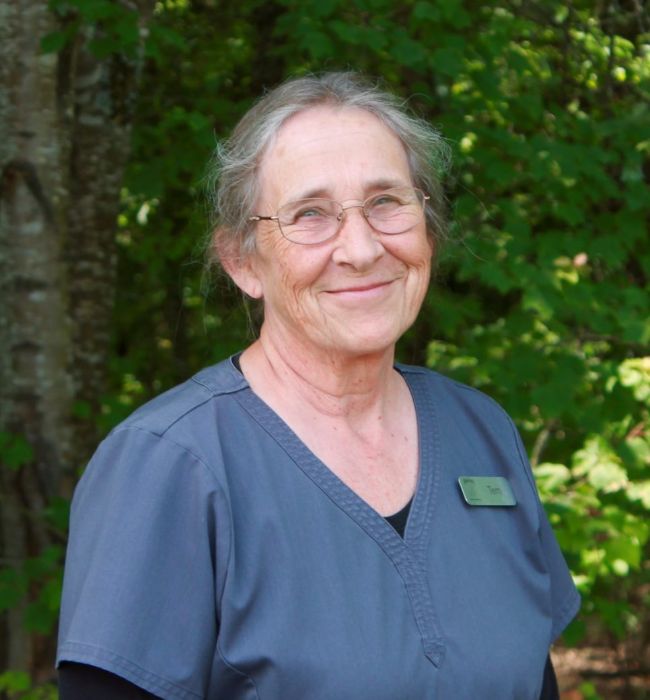 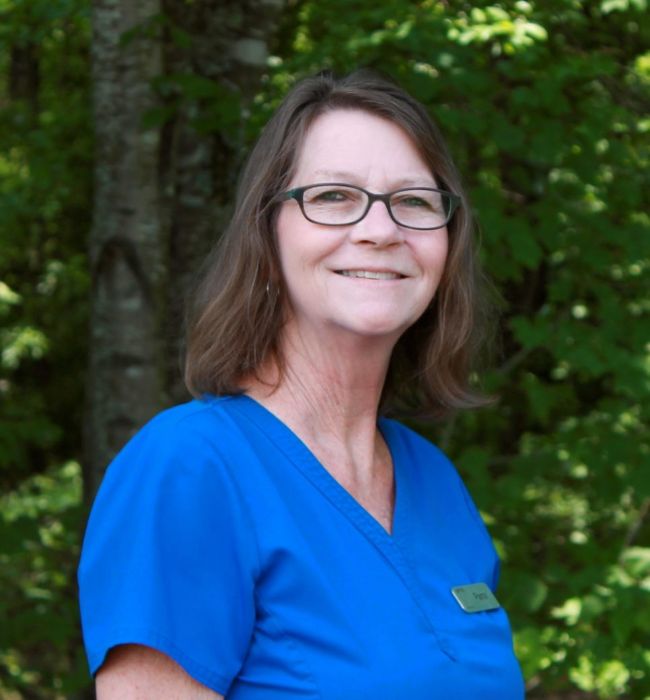 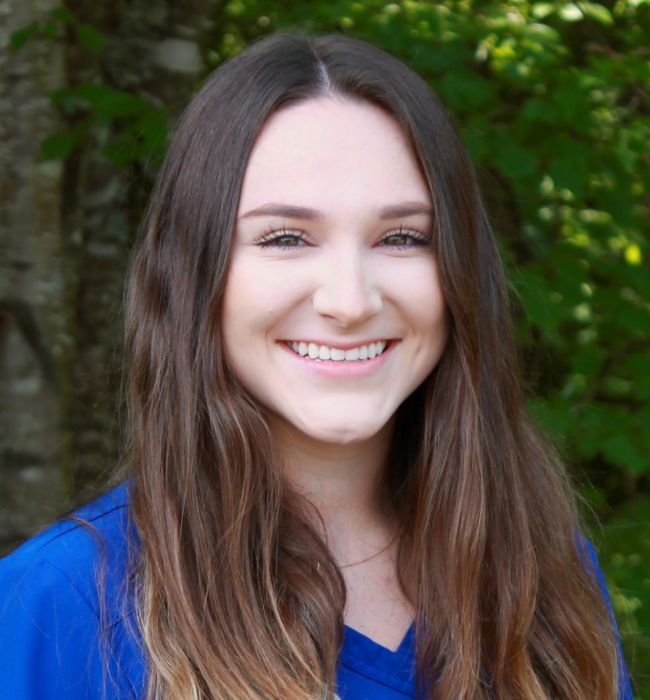 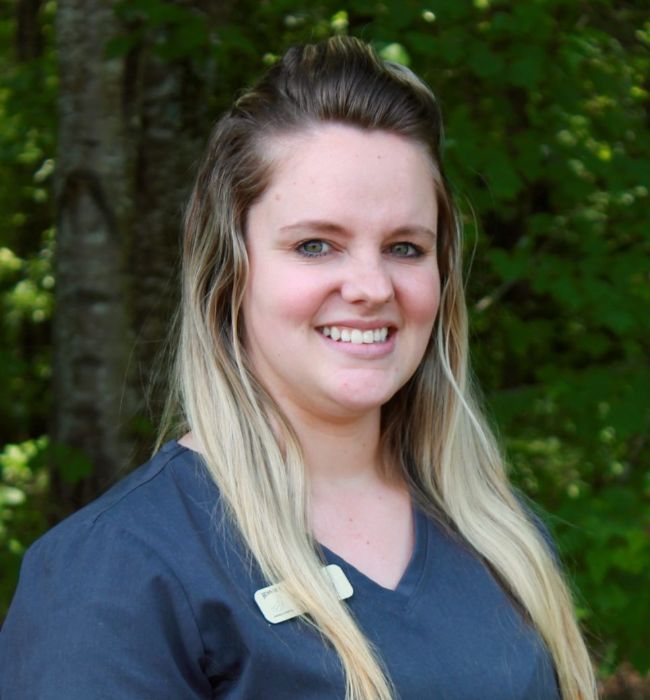 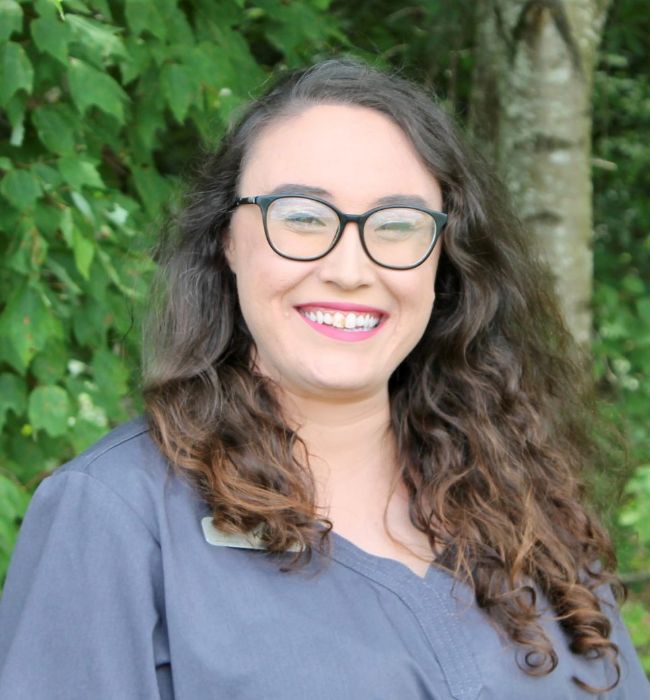 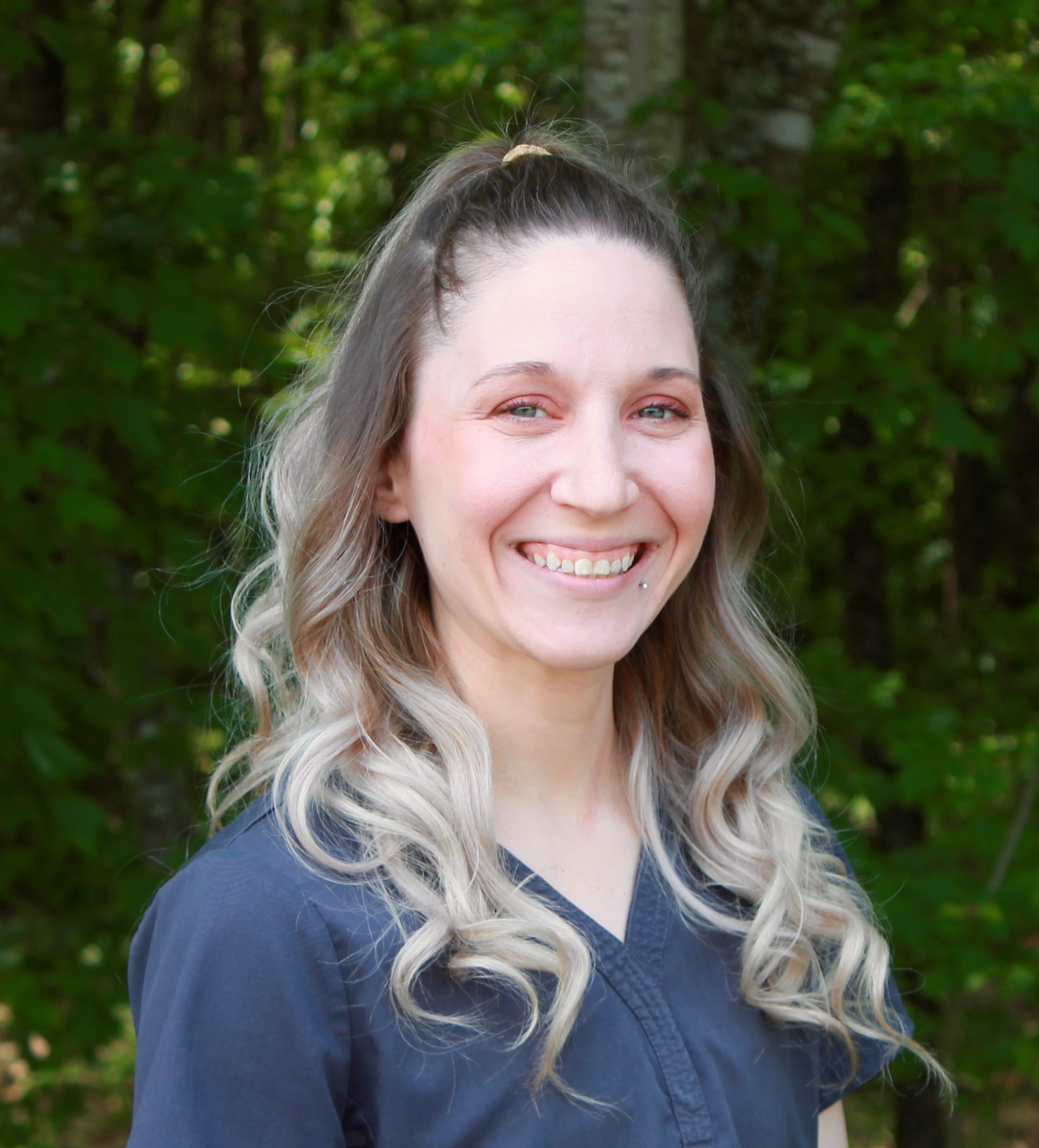 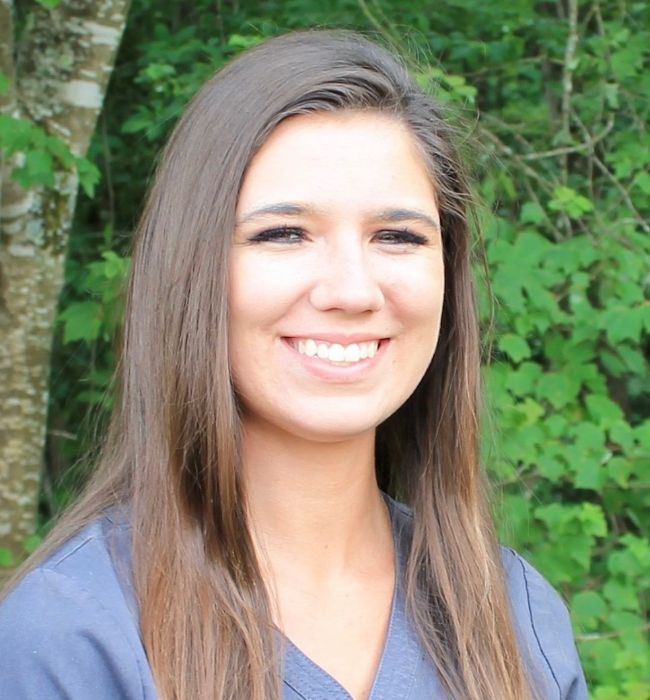 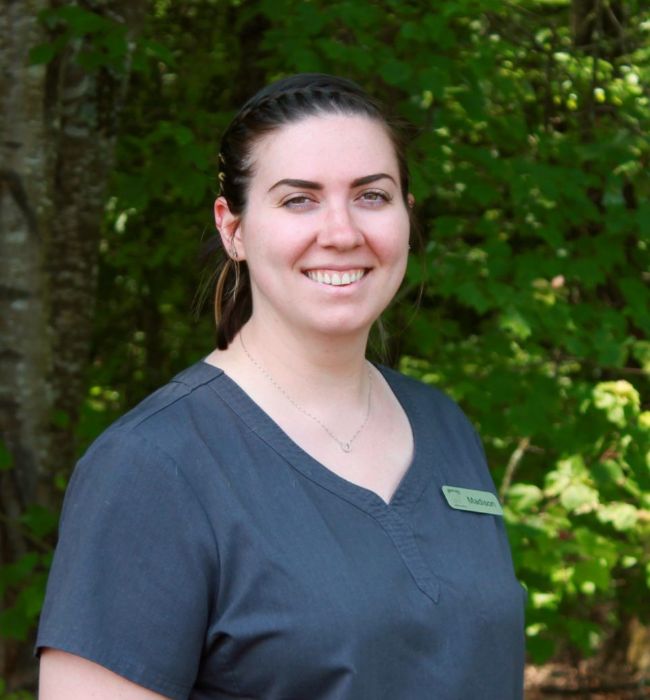 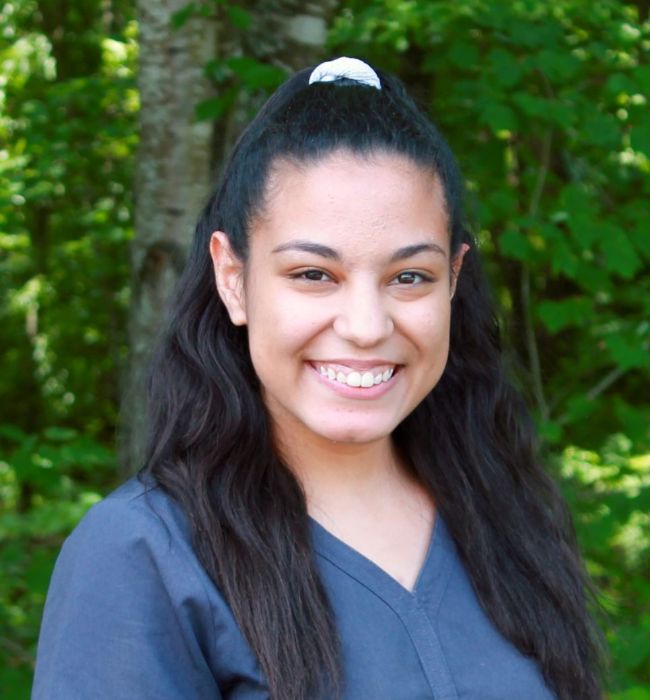 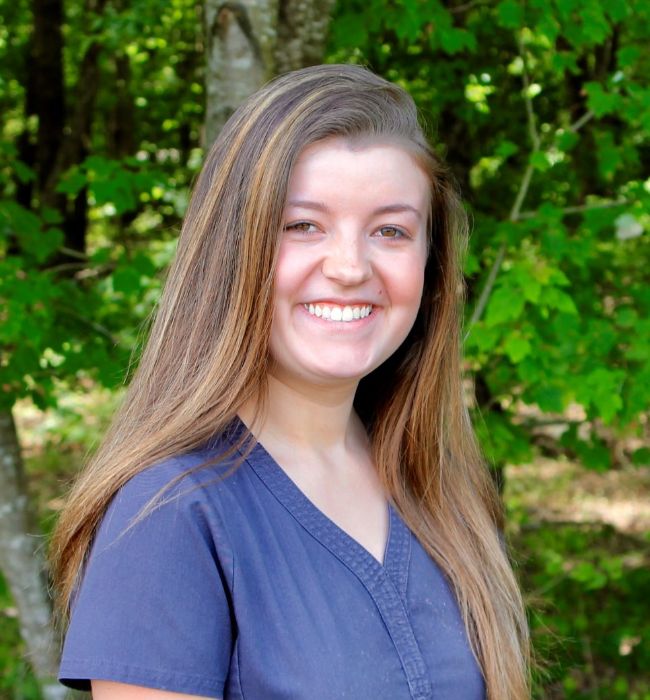 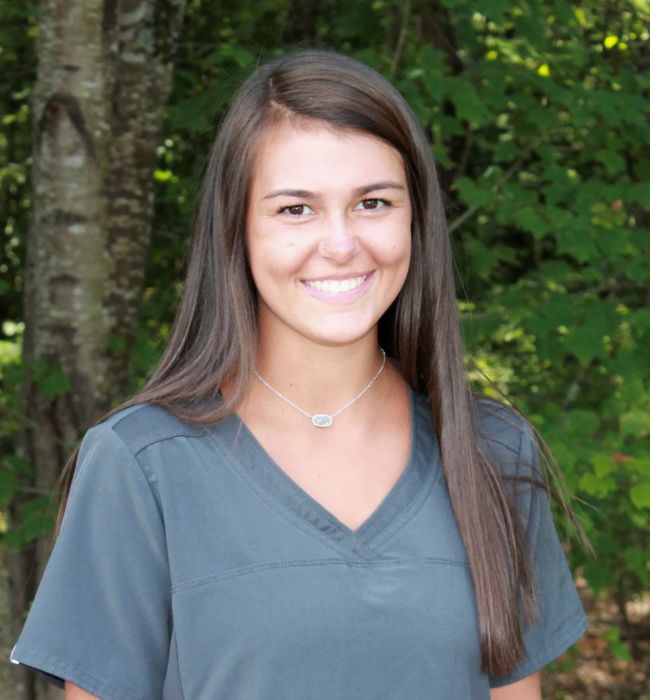 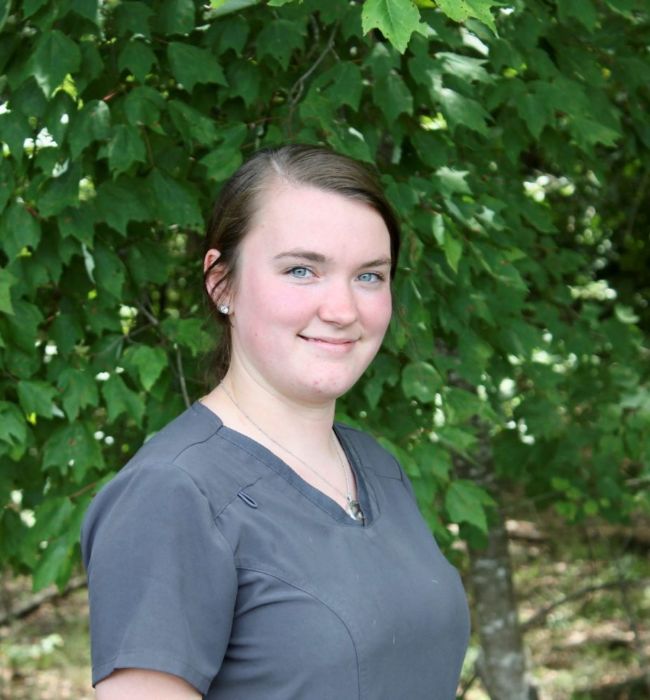 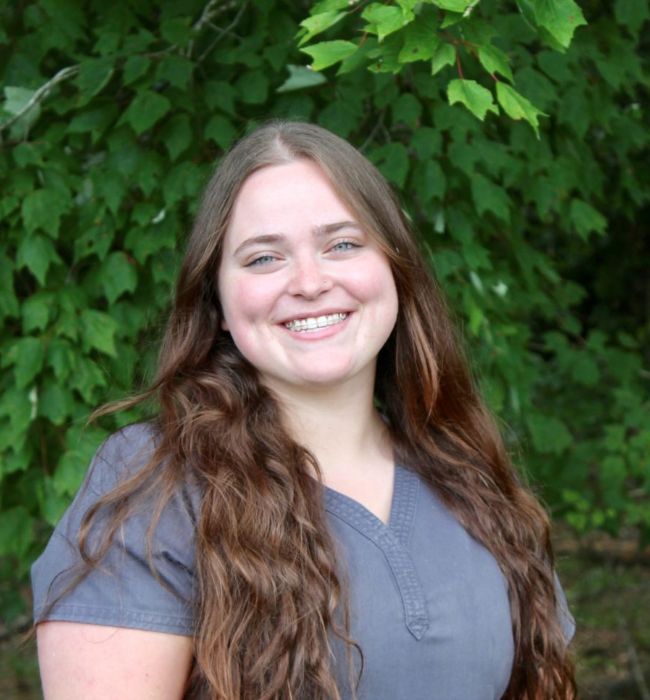 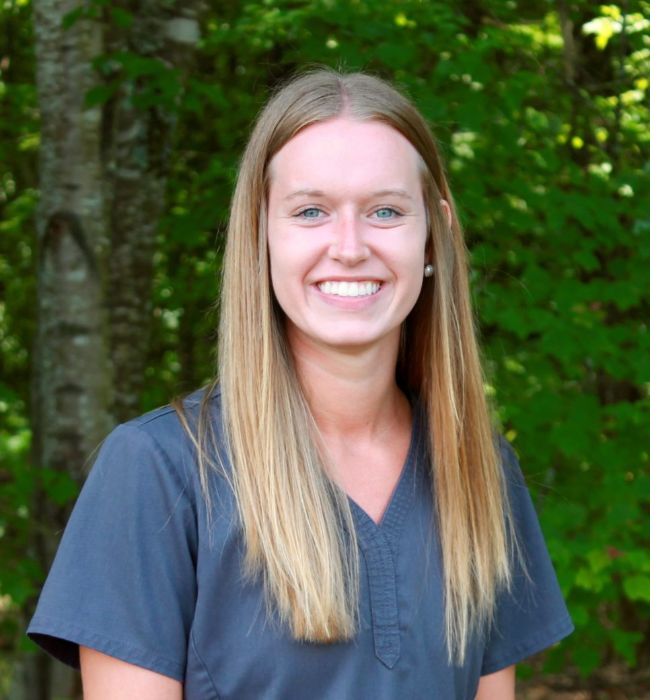 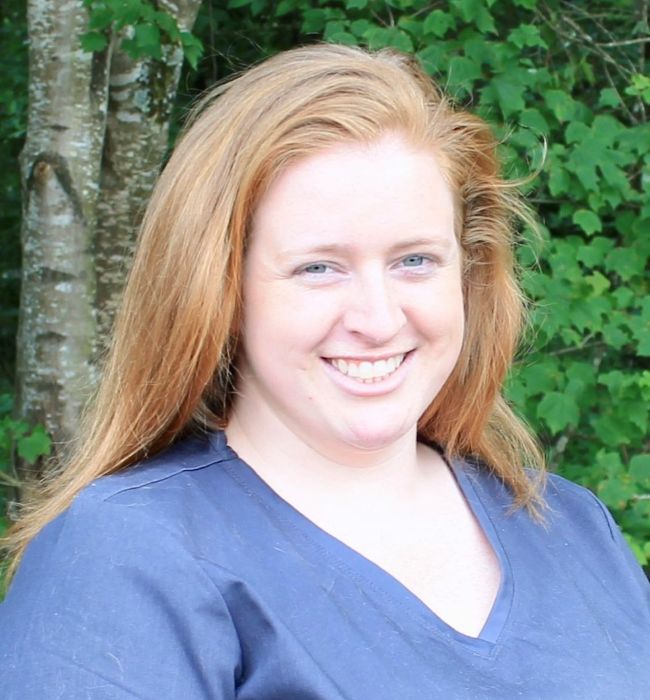 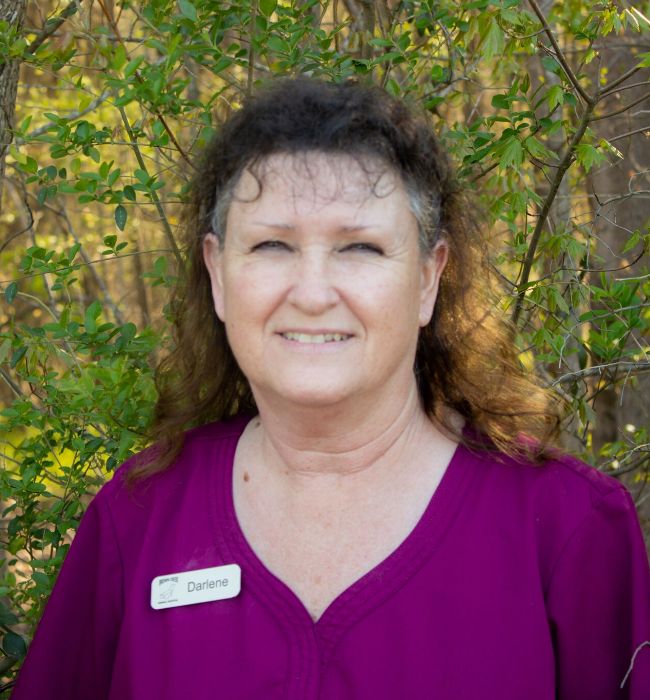 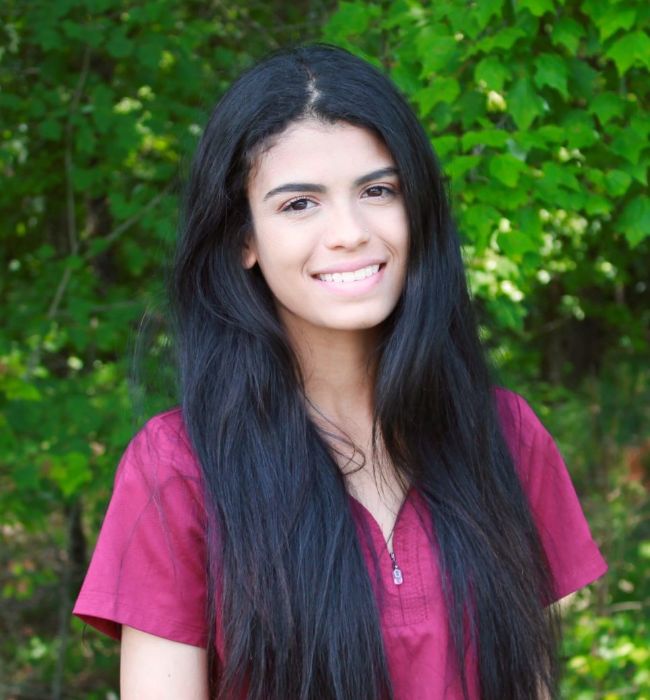